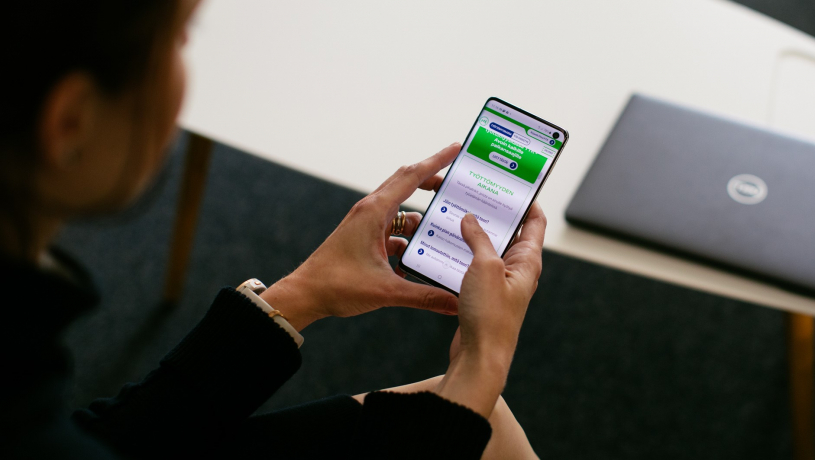 YTK members more satisfied with their unemployment fund than average

General Unemployment Fund YTK once again received top reviews in brand survey conducted by market research company Taloustutkimus Oy. On average, YTK members are more satisfied with their choice and do not even consider switching. 92 % of respondents know the YTK fund at least by name.

"The survey shows that our members are very satisfied with their choice. Their desire to change their unemployment funds is low. There is a lot of movement in the field of funds, but there is no greater response to this visible among our members. It is great that our members are very satisfied with our services. This challenges us to continue to develop," says Auli Hänninen, Managing Director at YTK.

The overall awareness of YTK among respondents was 92 %, i.e. only 8 % of respondents did not know the YTK fund at all.

The image of the YTK is strongly linked to transparency and affordability. Among all respondents, the most common spontaneous images of the YTK were favourable (19 % of respondents), earnings-related daily allowance/unemployment fund/security (17 %) and a positive/good perception (14 %).

YTK's independence and openness also receive high marks from Finns. When asked how well the YTK responds to certain characteristics on a scale of one to five, where 5 means "very well", the highest scores were received for the following:

"Openness and reliability are the pillars of the YTK brand. It is gratifying that the members of Finland's largest unemployment fund feel that they receive good value for their membership fee. The positive and accessible image of our operations has been conveyed to the whole nation," says Ilona Kangas, Director of Customer Relations and Communications at YTK.

The survey investigated YTK's brand image and its development. The previous YTK brand surveys were carried out in 2011, 2017, 2018 and 2020. Taloustutkimus Oy carried out the survey on behalf of YTK.

The target group was Finns aged 20 to 59. The results have been weighted to correspond to the Finnish population based on age, gender and region of residence. The data collection of the survey was carried out on 2–8 November 2021 in a web panel by Taloustutkimus Oy. The aim of the survey was to have 1,000 respondents and the final number of respondents was 1067. 18 % of the respondents were members of the YTK.