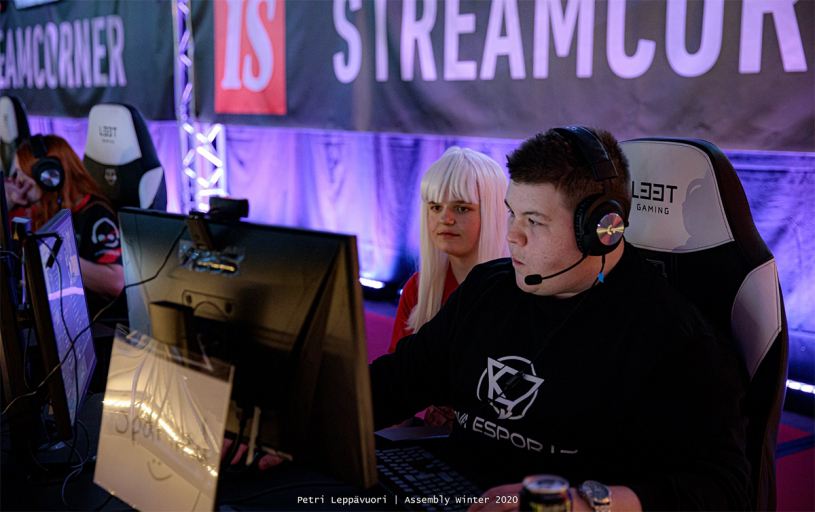 Unemployment in Finland has changed, but the conceptions on it are stuck in the past. We are breaking these myths with stories of unemployment. Spamned, for example, ended up in his dream profession through a year and a half of unemployment. This is how it happened.

Already as a child, many of us have an idea what we will become when we grow up. These dreams can change several times along the way, but the pursue of our dream profession is made by applying for suitable education and training.

However, education does not always lead to what you eventually want to do when you grow up. This is what happened to Teemu Rissanen, now better known as Spamned on Twitch and YouTube.

– When I left my second vocational school, I went to the army, after which I was looking hard for all kinds of jobs, both in my own and other fields of work. I went to several job interviews in my own field of work, but nothing came out of it, although it was often promised, but there was no more contact afterwards, Rissanen recalls on the early days of his unemployment.

These days, Spamned is living his dream and earning his salary as a streamer and influencer for HARD. Before that, he had time to work as a cleaner and at a fish factory, for example, and he also experienced the everyday life of an unemployed person.

Unemployment was hard and stressful - however, it allowed me to spend time with my child

Before his streaming career began, Rissanen was unemployed for a year and a half. Unemployment was hard, particularly in the beginning, as the money was tight, and Rissanen had a family to support.

– There was a constant huge amount of stress about supporting my family and getting a job. There was pressure from all directions, and I was a little bitter about trying to put myself in a certain mould and in certain jobs while dreaming of doing something for a living that I really liked, Rissanen recalls.

Despite the hard job search, there were no job offers, and everyday life was financially very tight. During the day, Rissanen spent time with his family, as he had to spend the first moments of his child carrying out his military service.

– I went to the army when the child was about two months old, and at the time of my child's first moments, I had to work in completely different jobs than where I would have been really needed. After the military, I caught up on that time, and I spent as much time as possible with my child and my spouse.

The dream of content production and streaming kept on living

– At some point, I decided to become my own boss. Gradually, evenings were more and more spent in content production or in its design and promotion. Often, I was planning future streams until the wee hours of the night, and then at 6 a.m. I woke up to change the diapers, Rissanen says, recalling the times before full-time streaming.

Rissanen wanted to carve more of his own way and promote his own career, which is why he decided it was time to start his own business. He contacted a business advisor with whom he took the project to the next level.

– The business plan was already in its early stages in the same field of work, but for a completely different sector.

At this point, KOVA Esports entered the picture, offering Rissanen the opportunity to become a full-time streamer. The other plans were completely put on ice, and streaming was now done in full force. Now Rissanen has been doing his dream job as a streamer for about two years, and it's constantly growing.

As a result of the transformation of working life, streaming and making and releasing Youtube videos have become more common as occupations, but nevertheless, Rissanen receives daily questions about when he will go get a "real job".

– I usually react to these remarks by saying something like "Yes... A real job would be pretty! All you have to do is work eight hours five times a week and then be off for the rest of the time. I don't know anything about days off or holidays, but at least I don't feel bad about waking up to work one morning," Rissanen laughs.

Although a year and a half of unemployment still appears to Rissanen as a hard time, it eventually lead him to his dream job.

– I feel that all that difficult time, my thoughts, the miserable life situation and choices I made to change that matter, finally led me to this point where I am now, Rissanen states. 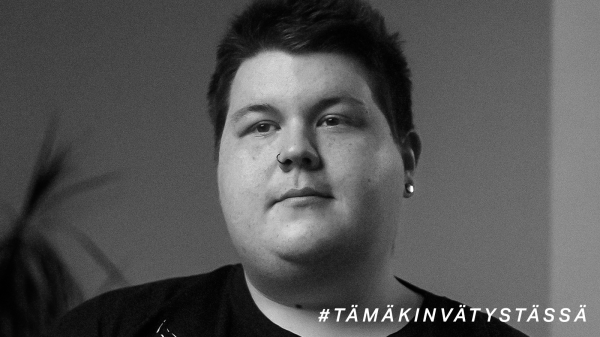 Teemu Rissanen, or Spamned, is living the transformation of working life and unemployment

Unemployment in Finland has changed, but the conceptions on it are stuck in the past. That is why we brought world champion Petra Olli to the cover of Helsingin Sanomat, among other things, with the hashtag #tämäkinvätystässä. To show that even the most gutsy of us can face unemployment, and how unnecessary and harmful negative talk about the unemployed can be. Read the whole text >>