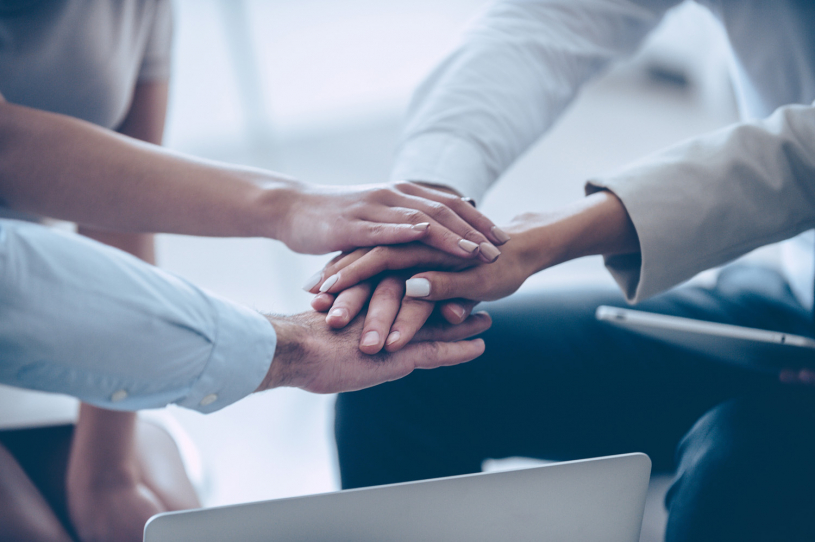 Our members chose advertisement for our celebrative campaign

We are celebrating reaching the milestone of half a million members with a PR campaign that unravels outdated viewpoints on unemployment. Our members chose the campaign by voting – and at the same time gave us more to think about.

YTK reached its milestone of 500,000 members on 12 April. Finland's largest and most popular unemployment fund is now a community of over half a million members. Once a challenger in the field of funds, YTK has now become the choice of the mainstream. The voice of such a big crowd can not and should not be left unheard.

We are celebrating our membership of half a million with a PR campaign at the beginning of May. We want to use our importance for something good and talk about a matter close to home in our campaign: unemployment.

According to a survey we conducted, there is a lot of negative talk around this topic in online conversations. We want to be part of unravelling these outdated conceptions, because unemployment can happen to almost anyone and it is also a normal part of the economy's operations. Incriminating the unemployed is a heavy burden which no one benefits from.

YTK's way of operating is member-oriented: to serve them, to listen to them and to involve them. That is why we wanted to ask our members for their input on what kind of campaign we could launch to break myths around unemployment. Due to the speedy production schedule, we gave our members two alternative campaign ideas to choose from. We received 11,795 voices in less than a day, of which 68% were given to the winning idea. Therefore, the result was clear. The final advertisement will be seen 5 May, for example on the front page of the Helsingin Sanomat newspaper.

Hundreds of comments from our members

We received hundreds of comments from our members, in which mental images related to unemployment and the need to change those were reflected. The comments were written by individuals who had faced unemployment as well by those who have never been unemployed. Below, we have collected some quotations from the open answers:

“The old attitudes definitely would need an overhaul. We are in the 2020s, after all. Employment has changed!”

“Anyone can become unemployed or laid off. Last year, for the first time in my life (with an employment history of almost 50 years) - I was laid off. I was once unemployed for 3 months. I am from that generation that was taught to work hard and without complaints. I wish that the thoughts will change and that working and the rest of life becomes more tolerant.”

“It's an enormously great idea to bring up unemployment in this way!”