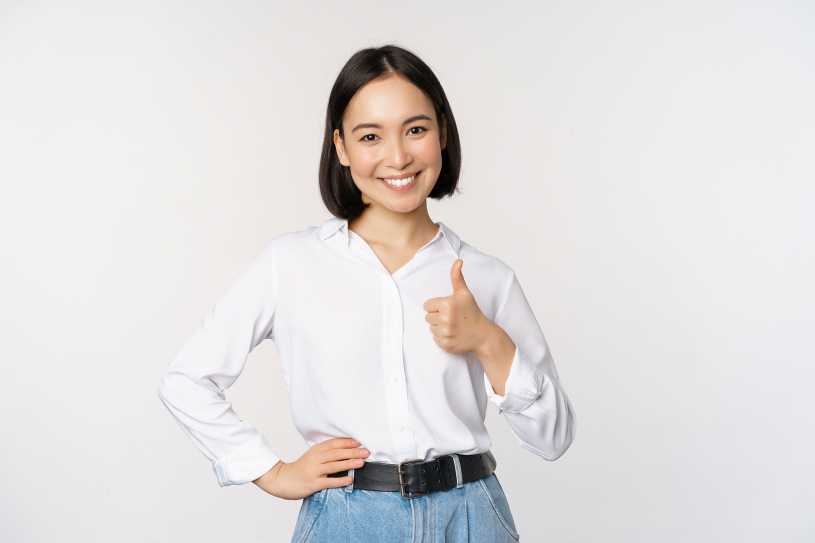 Nobody likes a braggart? – Only one in ten see personal branding as a positive

Of the more than 16,000 respondents in the JRC member survey*, only one in ten (12%) said they enjoyed branding their expertise, and as many as a third (31%) found it unpleasant. One-third (32%) felt that personal branding is a normal part of modern working life, while one in four (25%) believed that the matter did not concern them.

For experts, the results of the survey were both unsurprising and regrettable.

“My experiences from practice are similar, which is unfortunate. Telling about one’s expertise is hugely important. I feel that the harsh attitudes have to do with the impression of artificially creating an idealised version of oneself,” says Sani Leino, Social Selling Professional and Consultant.

“The negative attitude wasn’t in itself surprising. Unfortunately, the concept of personal branding isn’t often thought of in a sufficiently multi-faceted way. After all, personal branding is an important part of career skills,” says Koivunen, adding that the issue is important regardless of profession.

“It¨s probably also evident in the results that the majority of respondents (61%) were employees. Management and experts adopt such ideas quicker, from which they then spread more widely. Still, it is increasingly important that everyone showcase their own expertise,” Koivunen says.

A clear minority of employees, only 10%, said they liked branding their own skills, and one in three (30%) felt the matter did not concern them. Only 17% of experts, 21% of managers and 15% of management responded that they felt this way.

Interestingly, as many as 34% of experts and 35% of those with a master's degree found personal branding unpleasant.

“It may be that the matter is considered the most unpleasant among those who experience it the most. In such cases, negative aspects such as the amount of time spent start to come into play. University graduates also often have a more uncertain employment situation, which can influence attitudes. For example, chefs and nurses are hired straight out of school and pay less attention to their personal brand as a professional,” Koivunen adds.

Nobody likes a braggart?

Both experts agree that the term ‘brand’ has a terribly negative reputation in Finland. The Finnish language has no shortage of idioms that praise the merits of modesty and warn against pride and biting off more than one can chew.

We like sayings such as ‘let’s not make a big deal out of this’ and ‘let the results speak for themselves’. However, this a way of thinking isn’t useful in today’s world. Expertise alone is rarely useful if your name has no recognition. Good jobs are hard to come by if no-one is aware of your existence,” says Sani Leino.

In her doctoral dissertation, Kati Koivunen interviewed 18 people undergoing a career transition who were building their personal brand as professionals. Many found it difficult to express their skills out of fear of being labelled a braggart.

“In Finland, people think that branding makes things inauthentic. Marketing and commercialisation are almost curse words for us, which is a shame. After all, awareness of one’s career, networks and skills are part of a person’s career capital,” Koivunen stresses.

Not everyone needs to become an influencer

Interestingly, then, it seems that professional branding has a very poor reputation in Finland. While the issue itself is hugely important and positive, many people see it negatively. Why is that?

Both experts believe that in addition to “traditional Finnish modesty”, the issue is influenced by a narrow image of branding that is based on the most prominent influencers and thought leaders. We tend to think that building a personal brand means striving for thousands of social media followers and celebrity status.

However, this is not the case – quite the contrary. Both experts stress that everyone can choose to present their skills in a way they feel comfortable with.

“Not everyone needs to have their name recognised nationwide or even very widely. What’s essential is that your skills are known by the people that matter. The most important thing is to influence the target audience that is relevant to you,” says Sani Leino.

Still, are social media channels always necessary when marketing yourself as a professional? Do those who don’t want to constantly share and comment on social media stand any chance?

Yes and no, say experts.

According to Kati Koivunen, social media and the digital world are almost an integral part of today's working life.

“Of course, there are still trade expos, seminars and conferences where it is possible to showcase your expertise. However, we must keep in mind that we are living in the fourth industrial revolution. So it's only natural that social media is also part of professional branding. On social media, advertising one’s expertise is efficient and modern. In certain fields, the ability to use digital communication environments can also be considered part of one’s professional skills,” Koivunen points out.

“In the absence of modern channels, network-building and smaller circles of acquaintances become necessary. This is often slower as finding the right people takes time. Social media is a good tool for casting a wide net.”

What are the tangible benefits of marketing yourself as a professional? Read more here.

No online presence can be suspicious

What if someone doesn’t want to be visible? No problem. Both experts agree that for shy and introverted people, digital channels are first and foremost an opportunity, not a threat.

“Everyone is free to choose their own way. Not everyone needs to be on YouTube or constantly posting or commenting on LinkedIn. For example, you can write a blog or participate in webinars. You don't have to an attention-seeker or 'all over the place', but people need to know what you are like as a person and a professional,” says Sani Leino.

Nowadays, our digital footprint carries a lot of weight, but what is perhaps even more important is if someone has no online presence at all.

“We’ve come a long way since the early days of the internet: back then, people were afraid of showing up in unflattering photos whereas today, it’s more suspicious if nothing can be found about you online,” Koivunen says.

“The world today is transparent. It’s suspicious if you have no presence online at all, but this also presents a great opportunity: nowadays, we can influence what people know and say about us. We shouldn’t waste this opportunity,” Sani Leino says.

Sani Leino points out that, in the end, advertising one's expertise only means that people want to work with likable and competent people.

“Naturally, before hiring someone or closing a large sale, you try to figure out what the other person is like – that is, what kind of reputation and brand they have.”

Creating demand for your skills as the goal

Let’s go back to the image many have of professional branding as inauthentic. Few of us would want to highlight our faults or mistakes, except perhaps as “great learning opportunities” and examples of achievements through hardships. Does that make our professional brands authentic or idealised versions of who we really are?

For Sani Leino, a brand isn’t built artificially but by emphasising certain things.

“The idea is not to take away or add anything, but to bring attention to aspects of yourself as a person and a professional you want to highlight. This is something we do all the time anyway.”

Kati Koivunen agrees: professional communication and reputation management have been around forever. However, digitalisation and fragmented careers have made them all the more important.

“The goal is to create demand for your true expertise and show what makes you stand out from others as a professional. It’s also important to be aware that our brand is never just our personal business. Brands and reputation do not exist without other people. No one can simply make claims about themselves. Our brand is formed when others have something to say about us.”

* The YTK Association’s member survey was conducted between 1.–12.6.2022 as an online survey sent to all YTK members. The total number of respondents was 16,324.