Skip to content
Topical / News archive / Are you married, in a relationship or single? Find out how your relationship status affects your unemployment benefits. 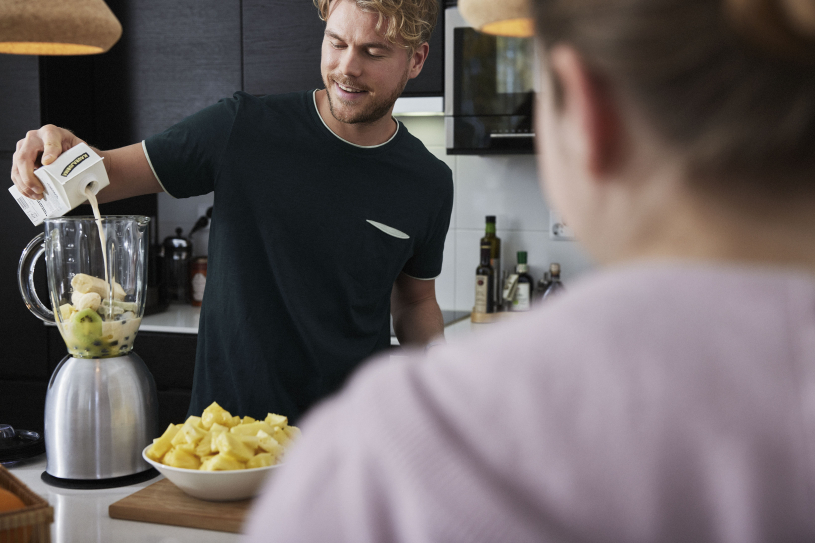 Are you married, in a relationship or single? Find out how your relationship status affects your unemployment benefits.

Unemployment benefits are personal. There are some circumstances, however, in which your relationship status can affect your daily allowance or labour market subsidy payments.

“The relationship status of an unemployed person is totally irrelevant in most cases. The earnings-related daily allowance, like all unemployment benefits, is a personal benefit”, explains YTK’s Senior Specialist Petja Eklund.​​​​​​​

A partner’s income, for example, therefore does not affect eligibility or the amount of unemployment benefits.

However, as is often the case, there are some circumstances in which an unemployed person’s relationship status can affect their daily allowance payments. Examples include couples who are claiming child care subsidies and unemployed persons who have worked in their partner’s business.

“The threshold in these cases is relatively low. In other words, even if the partner only runs a business or works part-time, the child care subsidies are deducted from the unemployed person’s benefits based on the assumption that their partner is not at home with the children”, Eklund explains and admits that this can seem illogical.

“It is understandable that some people get upset when their partner’s subsidies are deducted from their own benefits.”

Do you know how your own social benefits affect your earnings-related daily allowance? Find out here.

An unemployed person’s relationship status can also affect their eligibility for a daily allowance if they have previously worked in their partner’s business. Satisfying the working condition in such circumstances requires a considerably longer employment history (52 weeks) than what is required of employees who are not related to the business owner (26 weeks).

“This rule is based on the outdated notion that close ties between a business owner and a benefits claimant could be used to minimise the risks involved in the business and to exploit the benefits system”, Petja Eklund explains, while also pointing out that such cases are rare these days.

The situation was very different only a few years ago, when a person employed by their partner was classed as an entrepreneur under unemployment security rules even if he or she had no stake in, or control over, the business. This often made the person completely ineligible for an earnings-related daily allowance. Some claimants found themselves having to pay back tens of thousands of euros.

“The law was clearly flawed in this respect and YTK lobbied heavily to change the rules. Fortunately, the law was reworded in 2019 and the situation is now much better, although the rules on the working condition are still different for family members of entrepreneurs“, Eklund says.

Yet another special scenario is one where a benefits claimant has a stake in their partner’s business or exercises control over it. These issues have to be taken into account in determining whether or not a claimant should be classed as an entrepreneur in the context of unemployment security.

“This is rarely a problem, however. If a person has a stake in a business, they usually see themselves as an entrepreneur anyway or at least recognise the possibility that they could be classed as one”, Eklund says.

Are you familiar with the Unemployment Security Act’s definitions of ‘partner’ and ‘family member’? Read more here.

Being in an established relationship can be a significant advantage in this respect, as the amount of capital gains that a single, unemployed person can have before these affect their labour market subsidies is much lower and the penalty much higher than in the case of claimants who are married or living with a partner.

Any capital gains that a single, unemployed person has above an income limit of EUR 311 per month are subject to a 75% deduction when it comes to calculating their labour market subsidies. The income limit for claimants who are married or living with a partner is more than three times higher (EUR 1,044) and even the percentage hit is lower (50%). This can be an issue for claimants who have rental income or who own a forest estate, for example.

“There is admittedly a significant discrepancy, especially since single people often have considerably higher housing costs and always only one person’s income to rely on”, says Legal Counsel Teija Hautera from Kela.

Hautera goes on to point out that many unemployed people – and even people who have a job – also have to claim other benefits to get by. In and around Helsinki, for example, where housing costs are particularly high, some claimants receive not just unemployment benefits but also a housing allowance and social assistance – and these are all subject to different rules.

As has already been stated, unemployment benefits are personal. Social assistance, on the other hand, is awarded to a family and housing allowances to a household. According to Hautera, this can make the system complex to navigate.

A recent study by Ella Sihvonen (2021) (in Finnish) also shows that Finland’s benefits laws are inconsistent when it comes to defining concepts such as ‘family’ and ‘income’, which adds to the confusion. According to the study, there may be good reasons to define the concepts differently due to the different objectives of the laws, but the terminology needs to be at least logical and consistent.

“The legislature is thankfully aware of this issue, and the committee in charge of reforming the social security system, for example, is already looking into simplifying the rules based on which different benefits can be awarded. This is ultimately a question of policy, and there are no easy answers”, Hautera says.

Married couples have a legal obligation to support each other financially

One curious – albeit rarely enforced – feature of Finnish law is that married couples have an obligation to support each other financially, and this can, at least in principle, also have implications for unemployed people.

What this means in practice is that if, for example, one spouse becomes unemployed and their income drops significantly, the other spouse must step up to support them financially. Financial support must be provided not just for food and housing expenses but also other everyday expenses such as clothing and visits to a hairdresser or a barber. This provision rarely needs to be enforced by a court order, however, as married couples generally have a natural tendency to look after each other.